Collaboration brew set to take the Marble City by storm

He didn’t plan to make beer history when he asked a brewer friend to help him craft a beer to pour at his booth during Brewfest, Knoxville’s seminal spring beer festival. What Zack Roskop did was strike a spark that lit a brewing powderkeg that would echo among the cities’ bars for years to come.

Zack is the owner of Knox Brew Tours, one of those fun little jaunts in a short bus with blasting music and tight quarters that has taken the nation’s big brewing cities by storm. He is also the accidental mastermind behind the Knoxville Honeysuckle Saison, a giant collaboration beer that includes nearly every brewer and brewery in Knoxville. He plans to pour this monster at his booth during Brewfest on June 20th. 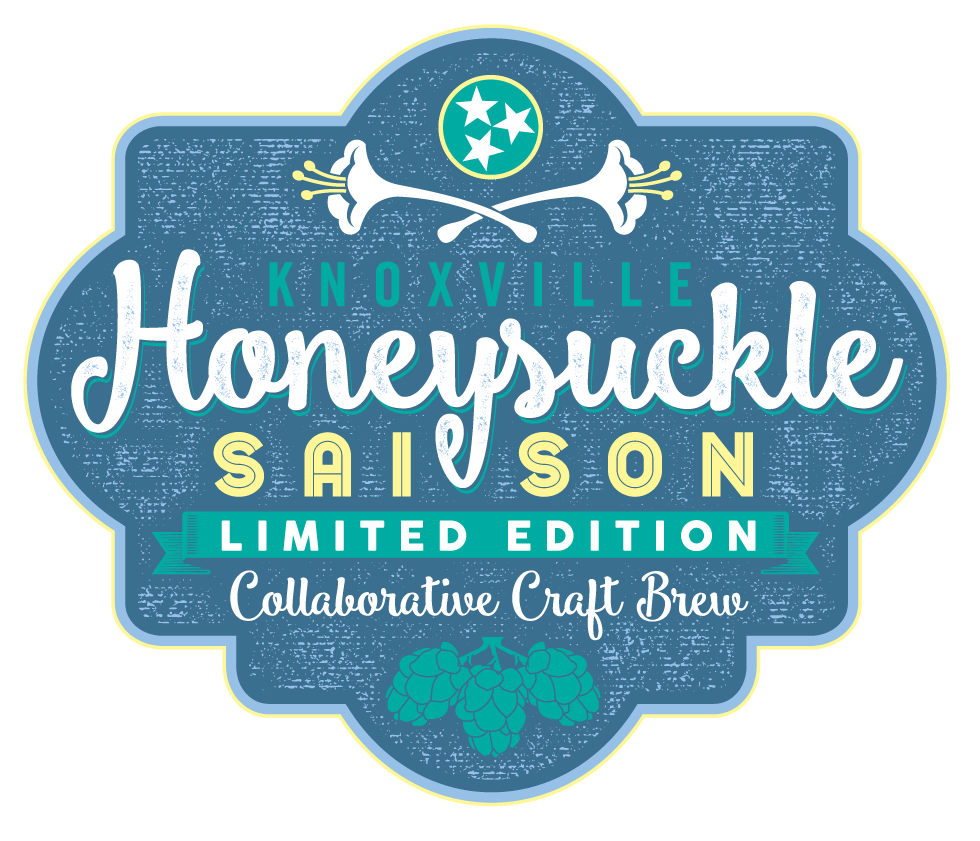 It started when thirsty patrons would saunter past his booth during beer festivals with empty sample glasses only to be greeted with pamphlets and little bags of Goldfish and pretzels.

“They would just sigh and start to walk away but as they were walking away they’d grab some Goldfish and stuff them in their purse.” Zack said. “So I got to thinking.”

Zack needed a beer to serve and being on a first name basis with nearly every brewer in Knoxville it didn’t take long before he met up with Jeff Adams, assistant brewer for the Saw Works Brewing Company and one of the main stops on the Knox Brew Tours route. Jeff jumped on board and the conversation was started. Quickly other brewers joined in, a brew day was planned and Zack had stop to take a breath.

The collaboration was the answer. It would show unity amongst the brewers. It would put Knoxville on the map and help it become known as a beer community, a hard feat for a city nestled in a valley between beer powerhouses Asheville to the east and Nashville to the west.

So Zack poured his heart into an e-mail that he sent to all the breweries, outlining his vision for the collaboration. It was not about breweries pitted against one another. Rather, it would be Knoxville versus the world.

The e-mail worked. “I was blown away.”

An e-mail was only the start and Zack was apprehensive about getting the typically large egos and personalities of craft beer makers together in one room and making a beer without tempers flaring and someone throwing hands to the sky and storming out.

“There was over sixty-five people there.” Zack said excitedly. “There wasn’t one entity or one person or one thing telling people what to do. There was no business, no ulterior motive, no organization. It was one hundred percent organic.” The brewers didn’t fight and no one stormed out. A recipe was formulated and they began work.

The beer is going to be a saison. It includes a pound of locally harvested honeysuckles and five pounds of local honey.  Also in the beer includes rose water.

The honeysuckles were handpicked by the crew at soon to open Balter Beerworks.  Adam Ingle, with Alliance Brewing secured the hops that would be used, while Knoxville stalwart Blackhorse provided the malt and Saw Works hosted the facility.

While some of the brewers involved are not yet open, their followers are already excited for their take on beer. Crafty Bastard handled the yeast, and Hexagon provided the honey.  Pretentious Glass, one of the stops on Zack's tour, worked up the recipes for the collaboration.  Pretentious is not simply a microbrewery.  It will be touted as the only place where you can watch the brewing process and turn around and see the pint glass production.

Not all of the beer will be served during Brewfest. Some of it will be reserved for a special event later in the year where the proceeds will go to help fund a greater Knoxville brewers guild. The final portion, barely a few gallons, will be bottled up and cellared. Those special collaboration bottles will then be auctioned off during Knoxville’s fall beer festival, Brewers Jam. 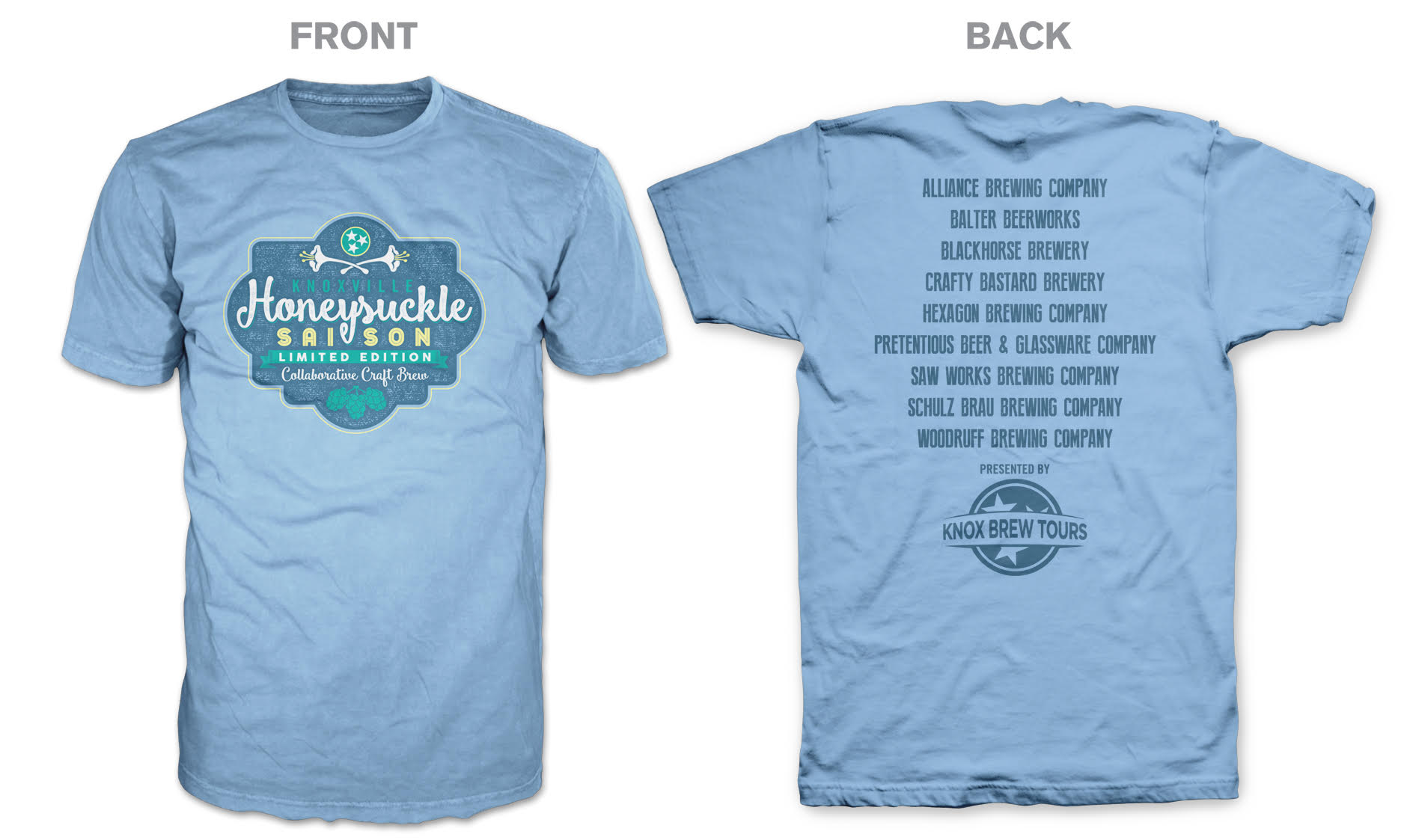 There will also be tee shirts for sale with half the proceeds benefitting the burgeoning brewers guild. Zack and the collaborators hired an artist to design a logo that showcases all the beer makers involved.

Despite being the idea behind the collaboration, Zack doesn’t want to be the reason it succeeds.

He is more than happy handing the reigns over and watching the brewing scene in Knoxville explode from the vantage of his tour bus. As has always been the case, Zack’s motivation was for the good of the city.

Special thanks to Zack Roskop, Kharla Graham, and Hannah Cather. 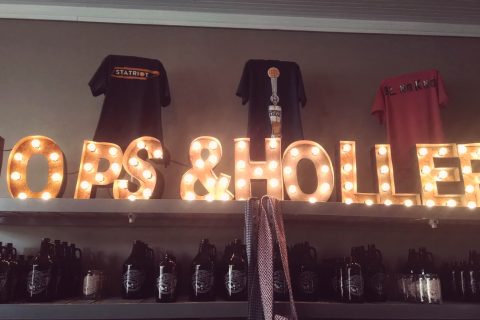 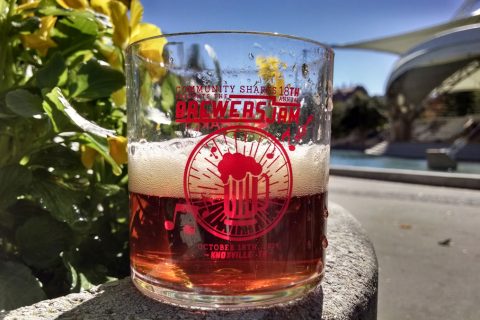 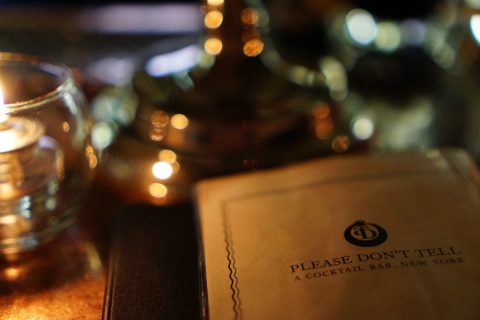 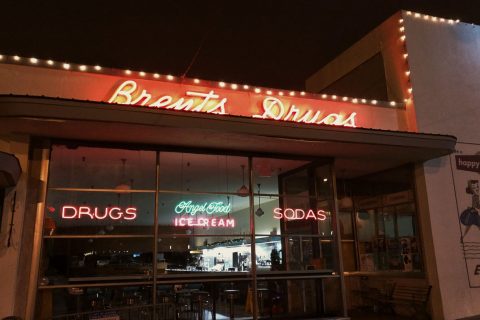 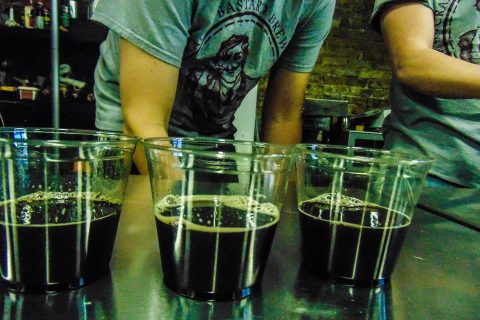 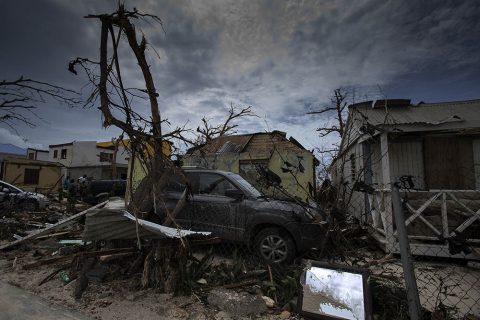 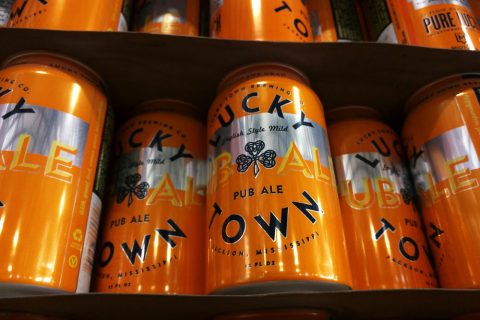