Brewing stouts: A little history and a recipe

Home » Blog » Brew School » Home Brewing » Brewing stouts: A little history and a recipe
Brew School | Home Brewing
Ahh the stout, winter's finest brew... unless you're like us and you crave them all year long.  Stouts are also one of the easiest beers to brew yet that doesn't stop people like us wanting more and more every year, and there is no shortage in sight.
Before we get into the laborious task of brewing this big beer, we should figure out where these dark beasts came from.

Stouts and the history of the Porter

All stouts are porters, but not all porters are stouts.  That's how the story goes right?  What does that even mean?
Stouts are traditionally thought of as the deepest and darkest of beers alongside their porter brethren.
Maybe "brethren" isn't the right word.  More like forefather.
Porters were the original dark beers brewed with roasted malt and barley.  In London during the early 1700's the beers grew in popularity. Like today, brewers made them in their own signature styles with some darker and heavier than others.  These versions were called "stout" porters for their extra strength and higher alcohol content.
The immense popularity of porters and their heavier meaner versions, those stout porters, eventually led to the beers jumping across the sea to Ireland where brewers like the St. James Gate Brewery got a hold of the style.  Although with a much lower ABV these days, the St. James Gate brewery is still churning out Guinness, it's own version of the stout.

Eventually the meaning of stout and its relation to beer changed transforming its meaning from "stronger and higher gravity" to simply just dark.  And we love these dark beers.

One does not simply just make a stout.
No, stouts come in their own rainbow of variations like the Irish Stout and the Oatmeal stout.  So let's dig in and see what they're made of.

It is almost unfair to lump porters in as a variation of stout when stouts are just variations of porters.  It's true though.  In the brewing process the beers are basically the same thing.  Like we mentioned before, stouts got their start as being heavier porters.  Nowadays porters are porters, and stouts are more akin to dry stouts.
What a segue!

Most American and English stouts tend to be the smoother and sweeter variety, the Irish tended to keep things on the dry side.  Guinness has become the world's most recognized Irish stout and has nearly become the benchmark for what an Irish stout should be.

These stouts, more commonly thought of as English or American stouts, are the sweeter variety.  Oatmeal or milk and their lactose content smooth out the beers and make them easy to drink.  Other sweet stout family members are chocolate stouts, and breakfast stouts.  You know the beers we're talking about.

The big boys.  The heavyweights.  These heavy monsters, originally brewed in London for Russian royalty, come in at lofty ABVs (usually above 9 or 10%) and you can taste it.  And feel it for that matter.  A sad trend these days is that fewer and fewer Russian stouts are hitting the market.  Thankfully with a glut of craft brewers looking for unique recipes, Imperial stouts will still find their way to our pint glasses even if it is fewer and farther between.

For the home brewer, stouts are among the most advanced recipes to tackle.  They combine the complex flavor profile of roasted barley and chocolately malts and the intense bitterness of hops ends up being a smooth silky combination.
The easiest stout to brew is an irish stout, so let's dig in.
For most of us starting out, we will use malt extracts which you can read all about here.  Extracts give us a jump start into the brewing process and who doesn't want to go from grain to beer as quickly as possible?  Well we sure do.
We prefer Adventure in Brewing's "Gooder Than Guinness" kit for the price as well as Northern Brewer's dry irish stout kit which has everything from the grains to the hops and aromatics.  Order it here while you read.  It will be there in no time.
The process is simple and just like brewing most other beers.  Here's how we do it.
The Goodies:
6 lb of light liquid malt extract.
1 lb of aromatic roasted barley.
2-4 oz of hops
White Labs WLP007 Dry English Ale Yeast
priming sugar
The Procedure:
We chose light extract over dark extract because it isn't necessary to go overboard with the dark.  This beer will still be dark, but to prevent it from being so-dark-it-has-a-huge-gravity-well dark, we go for the lighter extract.
You want dark?  Go dark.

For brew day we heat 2.5 gallons of water to a boil, remove it from the heat and then slowly add our liquid extract stirring it to dissolve it. Once the extract is fully dissolved we return the kettle to the heat and start the boil.
Once the wort has returned to boil, add the hops and set a timer for sixty minutes.  When the timer goes off your boil is complete.  Cool it off in a hurry using either a wort chiller  or other cooling methods, like the ol' bathtub full of ice and cold water. Never fails.  The faster you cool the wort off the better.  It needs to be below 100* to proceed.

Have you sanitized everything?  Do we need to remind you on why we sanitize everything? Everything needs to be cleaned and sanitized that may touch the wort.  Even the scissors you use to cut open the yeast packet! Once done with that, we ferment!
Fill your fermenting carboy with around 2.5 gallons of cold water and pour in the cooled down wort.  The thick goopy stuff at the bottom can stay in the kettle.  Once all the wort has been transferred from the kettle to the carboy, top the fermenter off with more cold water to bring it up to the five gallon mark.
Seal her up, shake it and swirl it around to get everything aerated.  Only add the yeast if the wort has cooled to below 80*.  Anything hotter will cook the yeast instead of excite it.  We don't want to cook the little guys.  Once the wort has cooled enough, add the yeast and seal everything.  Attach the bung and fermentation lock.  Store the fermenter in a cool dark place that won't be disturbed for one to two weeks.

After a few weeks have passed, active fermentation should have slowed.  The bubbles will have quieted and any foam that was rising should have fallen some.  Now we get to do it again.
Carefully transfer the liquid (its beer now...by the way) from the primary fermenter into another five gallon carboy, the secondary fermenter.
The beer will remain back in the cool dark place for another two to four weeks.

Today is the day we put our beer into bottles and let it sit for another few weeks!  But at this stage we're over the hump and the end is in sight.
Prepare your priming sugar.  This sugar solution will allow the yeast that is left to give it one more go at chemistry before being swallowed.  This causes the beer to become carbonated because the gas cannot escape once the bottle has been capped.
Sanitize!  Everything!
Combine your priming sugar solution and your beer into a bottling bucket and then use whatever tricks you have up your sleeves to transfer the liquid into the bottles.  Other guides make this look easy but never fear, bottling beer is just as messy as you imagine it is.  Here is a unique and affordable bucket with a spigot that can be used to make less of a mess, but where's the fun in that?
Once everything has been bottled and capped, store your bottles in that familiar dark closet for another 1-2 weeks.
Some sediment on the bottom of the bottles is normal and okay.  Enjoy your stouts with friends and start planning the next recipes.  You can find stout kits at online retailers like Adventures in Homebrewing and Northern Brewer or buy kits on Amazon.
And that's that.  You are an overnight stout historian and successful stout brewer.  Tell your friends.  Better yet, show don't tell.  Nothing proves your point like a cold pint of your freshest homebrew.
Well done.

The collected works covered by the Brewhoppin staff. 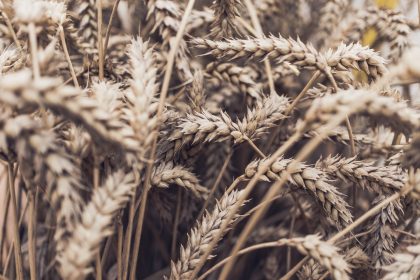 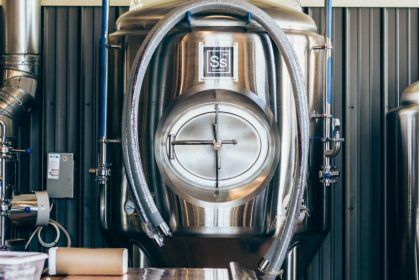 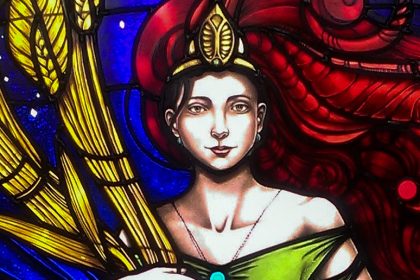 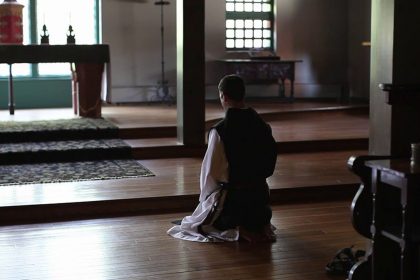 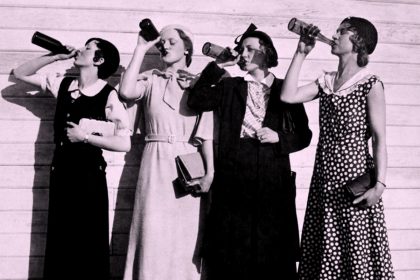 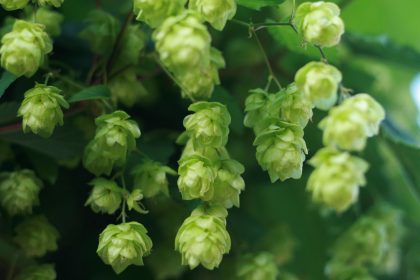 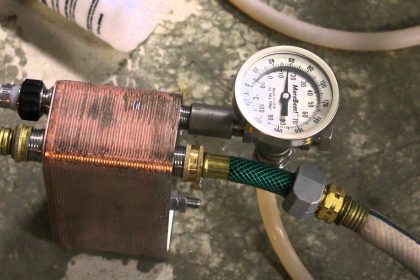 Brewschool Tips For Your Inbox

Gear and apparel to quench your thirst. Check out the shop now.
Shop

Brew School content is independent of Brewhoppin editorial content, and Brewhoppin may receive a commission on purchases made through Brew School posts.

We participate in the Amazon Services LLC Associates Program, an affiliate advertising program designed to provide a means for us to earn fees by linking to Amazon.com and affiliated sites.

Affiliate links will be styled in this color scheme.
For more information view our disclosure policy.

For as little as $2 a month you can support Brewhoppin. And you get free stuff!

priming sugar
Sugar that is added to the fermented wort at the time of bottling. The still active yeast will continue to feed on this sugar and cause bubbles to form in the bottled beer. This results in carbonation.
bung
A bung, or stopper, is a rubber plug that fits into the tapered closure of a carboy. Bungs come in various sizes and shapes, and are either solid or drilled, meaning they have a hole drilled through the middle of them for use with an airlock or blow off tube.
carboy
A carboy or demijohn is a glass or plastic vessel used in fermenting beverages such as wine, mead, cider, perry, and beer. Usually it is fitted with a rubber stopper and a fermentation lock to prevent bacteria and oxygen from entering during the fermentation process.
ABV
Alcohol by volume.  It is the measure of the amount of alcohol in a given liquid.  It is calculated by measuring the liquids specific gravities at different times of the brewing process.
wort
/?w?rt/ is the liquid extracted from the mashing process during the brewing of beer or whisky. Wort contains the sugars that will be fermented by the brewing yeast to produce alcohol. Production[edit] The first step in wort production is to make malt from dried, sprouted barley.